Ashtavinayaka yatra trip refers to a pilgrimage to the eight Hindu temples in Maharashtra state of India that house eight distinct idols of Ganesha, in a pre-ascertained sequence. The Ashtavinayaka yatra or pilgrimage covers the eight ancient holy temples of Ganesha which are situated around Pune. Each of these temples has its own individual legend and history, as distinct from each other as the murtis in each temple. 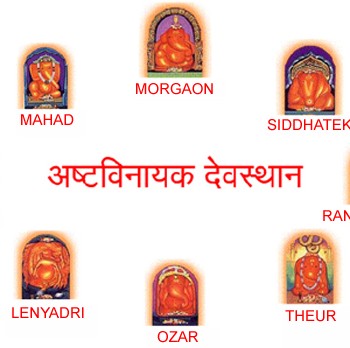