The paintings have deteriorated significantly since they were rediscovered, and a number of 19th-century copies and drawings are important for a complete understanding of the works. However, the earliest projects to copy the paintings were plagued by bad fortune. In 1846, Major Robert Gill, an Army officer from Madras Presidency and a painter, was appointed by the Royal Asiatic Society through the offices of James Fergusson to make copies of the frescoes on the cave walls, which were increasingly subject to damage by visitors.

Gill worked on his painting at the site from 1844 to 1863 (though he continued to be based there until his death in 1875, writing books and photographing) and made 27 copies of large sections of murals, but all but four were destroyed in a fire at the Crystal Palace in London in 1866, where they were on display. Undeterred, he returned to the site, and recommenced his labours, replicating the murals until his death in 1875. 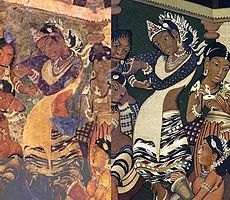 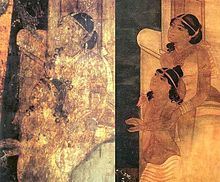 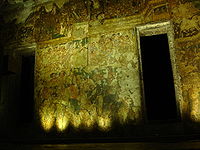